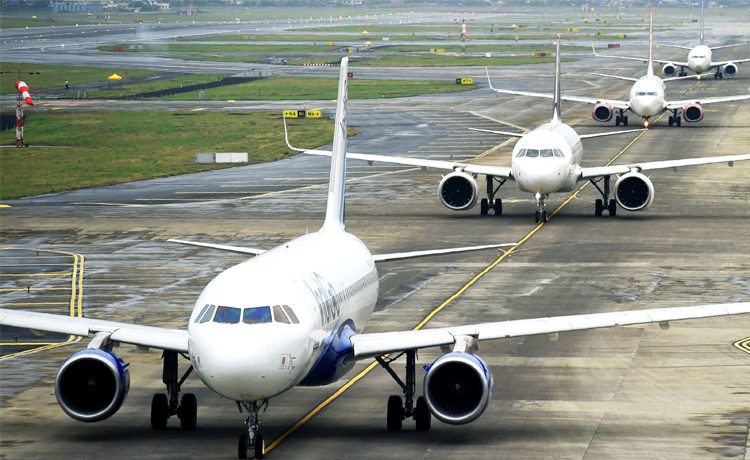 For this week’s blog, I wanted to share an unedited email that just came in from a major airport in the USA that wanted to share what motivated them to buy a water blaster and the value they are receiving as a result of buying a Stripe Hog.

FAA is constantly changing marking requirements. Having a Stripe Hog in-house allows for aggressive responsiveness and the ability to keep up.

The FAA is constantly changing requirements for airfield markings for improved runway safety. The FAA Advisory Circular 150/5340-1K dated 2010 again changed requirements on airports. The past requirements were to place Surface Painted Holding Position Signs (SPHPS – Red Blocks) on every holdline on the airfield. The FAA gave the airports the option to use a 9′ or 12’ stencils. Our airport decided to use the 9’ stencil due to the fact that all of our taxiways could not accommodate the 12’ stencil (taxiway size). However, in 2010 the FAA changed the requirement stating all SPHPS must be 12’ in size by 2012. We had to change over 140 surface painted holding position signs to the 12’ requirement. All work was accomplished last summer and the markings were repainted in-house without the use of a contractor or an engineering firm. The Stripe Hog gives you the ability to be more aggressive and take on these challenges without outsourcing the work.

Another very important quality the Stripe Hog gives to airports is the environmental aspect. Airports typically emit high amounts of pollutants, it’s just the nature of the business. If you can reduce that rate in anyway, it helps. The airports are heavily regulated by the Federal Government, from the FAA, EPA, etc. In the past, to remove the contaminates (rubber at the touchdown area of the runway) we used a product to agitate the rubber contaminate and then broom off the residual waste. Two aspects that were improved by the Stripe Hog. First, the contaminated water from runoff is eliminated and it eliminates the use of a chemical to agitate the contaminant. Also, when our airport used the chemical, it never gave use the friction number (MU) expected from a clean runway. When the Stripe Hog was used in a demonstration, it sent our friction numbers to the level required by FAA Advisory Circular 150/5320-12C in a timely manner. In order to remove rubber contaminate, the runway is required to be closed at our facility, which impacts the users (airlines, military, general aviation). The Stripe Hog has always achieved the highest quality with minimal impact (efficiency), which relates to safety and customer service for airport users.

Foreign Object Debris (FOD) is a major concern for airports. Quality & speed of the Stripe Hog removal combined with collection of FOD.

Another important point was the build-up of our paint. We saw demonstrations of other machines, such as shot blasters, grinders and another water blasting machines, but none were able to achieve the quality and speed of the Stripe Hog. Also, since the unit recovers the Foreign Object Debris (FOD) such as paint chips and pieces of loose aggregate, it improves the safety of the airfield and environment during maintenance. FOD causes millions of dollars of damage to aircraft parts and engines yearly. This is without a doubt one of the most important qualities the Stripe Hog can offer to an airport.

Since taking ownership off our Stripe Hog in 2008, our FAA Part 139 inspection (regarding paint) has improved greatly over the years without a discrepancy noted on our markings.

In reference to the FAA inspection process, only commercial serving airports are inspected by the FAA (GA airports are inspected by their state). The number of commercial airports that achieve 100% on their annual FAA 139 inspection are very few. Numerous things are inspected from markings, signage, lighting, obstructions, fueling, records of inspections, training and the airport certification manual. The most criticized parts of the FAA 139 inspection are the markings, signage and lighting, which are usually contributing factors in an aircraft incident. Since taking ownership off our Stripe Hog in 2008, our FAA Part 139 inspection (regarding paint) has improved greatly over the years without a discrepancy noted on our markings. Past discrepancies referencing paint markings would be: 1) obscured markings on the runway from rubber build-up, 2) paint flaking or chipping, 3) reflectability in our paint (glass beads), 4) general mistakes by paint crew without the ability to totally obliterate or eradicate the marking that was painted incorrectly. Also, on any commercial airfield, you are not permitted to paint over another marking with a different color, such as white paint over yellow paint (FAA AC 150/5340-1K). If you have to change a painting scheme (ramp, taxiway, runway marking), the Stripe Hog again gives you the ability to make the changes in-house and move quickly.

Safety of airport and personnel are improved when using a Stripe Hog in-house for pavement marking and rubber maintenance.

Lastly and the most important value the Stripe Hog offers is the runway safety aspect. Airport personnel are heavily trained on the requirements of operating on an airfield. When an airport acquires a Stripe Hog and completes the work in-house, the safety of the airfield is not compromised. When a contractor has to complete work on the airfield, airport personnel or a construction manager have to escort and oversee the contractor during the work, which still doesn’t guarantee safety or an incident on the airfield. With the use of airport personnel and their training of operating on an airfield, the highest quality of safety is achieved. The requirements are so high for runway safety, one mistake can have huge impacts. Most airports realize this and attempt to complete paint removal, rubber removal and painting in-house to minimize cost and achieve the highest level of runway safety.

FYI we call our Stripe Hog the magic eraser!