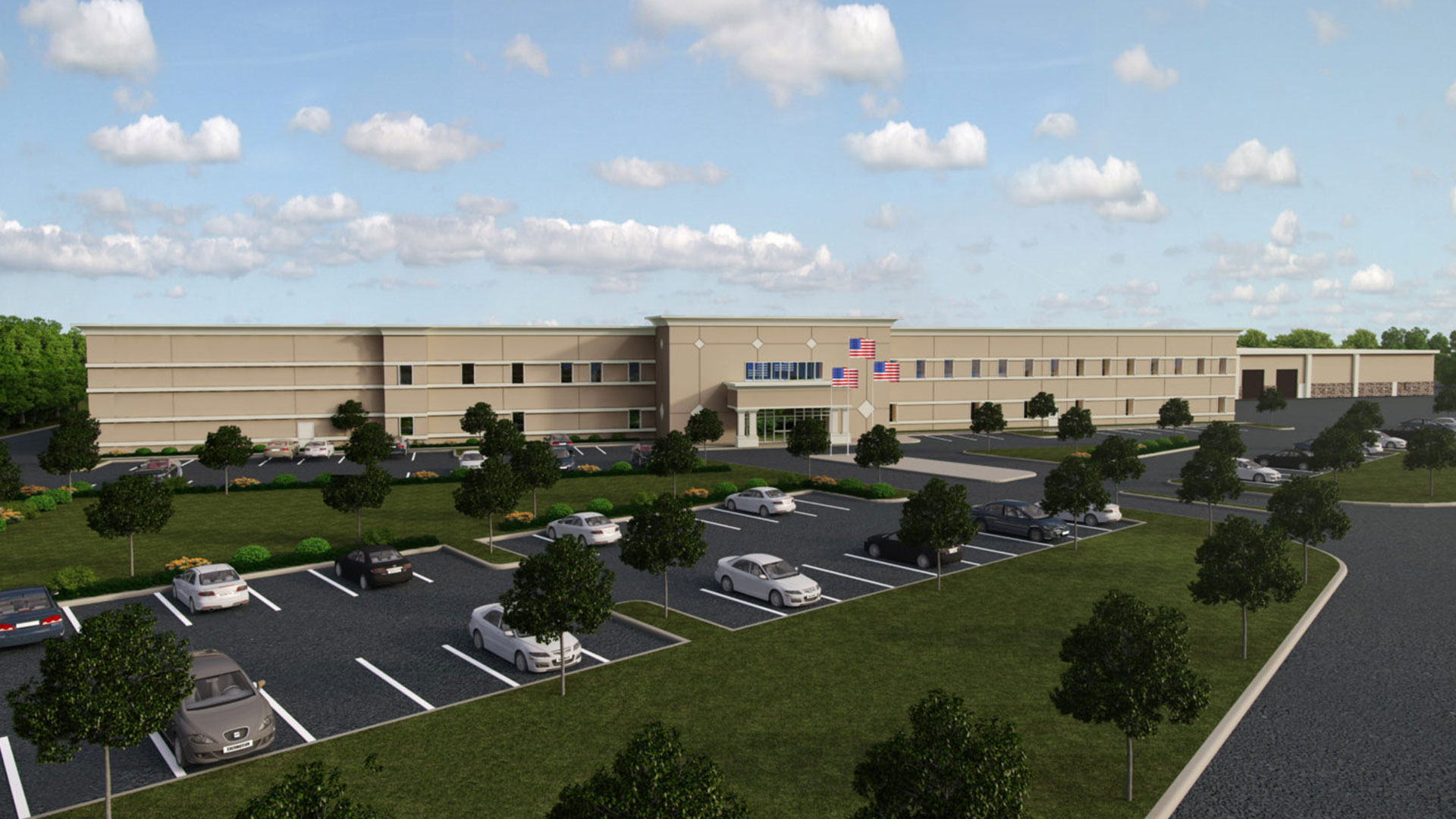 TCPalm, who is affiliated with USA Today and runs The Stuart News in Stuart, Florida, took notice of our groundbreaking ceremony! Needless to say, we are honored to have been featured in our local newspaper! Here is their article in its entirety!

STUART — Having built Waterblasting Technologies into a world leader in the production of pavement-maintenance machinery for roads and runways, founder and President James Crocker is taking his company into a new phase, including a new name.

Crocker, with help from some local dignitaries and others, will break ground Friday morning at 3920 S.E. Commerce Ave. on a 65,000-square-foot addition that will significantly increase space for the company’s production and offices.

At an expected cost between $10 million and $11 million, the addition will allow Crocker to accelerate production with 18 production bays instead of six, and unify under one roof work currently being done in five buildings.

The total 100,000-square-foot facility aims to maximize efficiencies and will give Crocker room to grow. He said he expects to add 130 jobs over the next three years to the current roster of about 150 team members, which is double the staff he had in 2012.

Crocker said he did not ask for any state or local incentives or tax breaks because “I really don’t believe it is the place of government to prop up business.”

He did, however, recently expend $450,000 in federal tax savings to give raises to his employees, many of whom took pay cuts almost a decade ago to help the company weather the recession. The average annual wage is now around $50,000, Crocker said.

Tim Dougher, executive director of the Business Development Board of Martin County, said the company currently ranks among the county’s 10 largest employers in targeted sector businesses, but it would move into the top 5 if Crocker adds the projected staff over the next three years.

Joe Catrambone, president of the Stuart/Martin County Chamber of Commerce, which named Crocker its 2017 Businessperson of the Year, said, “I’m not sure that we’ve had a local homegrown success story more impressive than this one in my 30 years in this county.”

For most of its existence, Waterblasting Technologies built its brand and success on vehicles that removed rubber built up on airplane touchdown zones and restored friction without damaging runways by blasting needle-sharp waterjets at supersonic speeds. The company also made vehicles that promoted highway safety by removing the white and yellow lines in work zones.

“People often refer to our machines as a ‘Zamboni for Runways,’ ” Crocker said.

As of 2015, Waterblasting Technologies held a dominant 68 percent of the worldwide market share in those sectors, according to corporate research firm Bassich & Associates in Silver Spring, Maryland.

Over the past four years, though, the company has developed a new product line —vehicles called the Stripe Hog, Paint Hog, Thermo Hog, Rumble Hog and Surface Hog, which range in price from $225,000 to $800,000— that are taking the company down new roads, while mostly dealing with the same customer base.

These new vehicles have helped fuel a 33 percent growth in the company’s revenues over the past two years, and Crocker projects that over the next three years revenue will grow by another 75 percent.

So, Crocker has announced a company name change to Hog Technologies, reflecting its rapidly expanding product line of machinery that has branched out far wider than water blasting.

Rumble Hog, for example, uses diamond-cutting teeth making up to six cuts per second to carve rumble strips along the sides of highways, alerting drivers who inadvertently drift out of their lane.

“There is nothing like it in the industry worldwide,” said Dave Friday, the company’s vice president of sales for more than 14 years.

Thermo Hog, which won’t be officially released for sale for another two to three months, superheats plastic resin and applies it to roadways as it sprinkles in glass beads that embed in the surface for reflective value at night.

Investing millions of dollars over the last four years to develop the technology, Crocker said: “People in the industry really just don’t believe that it’s possible to do what the Thermo Hog will do. They are used to waiting for large crockpots to cook material over several hours for this purpose, whereas our apparatus melts the material on demand.”

“Our products have been so revolutionary that people often accuse us of manipulating our videos,” he said. “When they finally fly into town to see the product work, they instantly become believers and the sale takes care of itself.”

Hog Technologies holds more than 20 patents related to its machinery and boasts products operating in more than 50 countries worldwide.

ATSSA in the Books but the Future is Hog Day Rodeo!